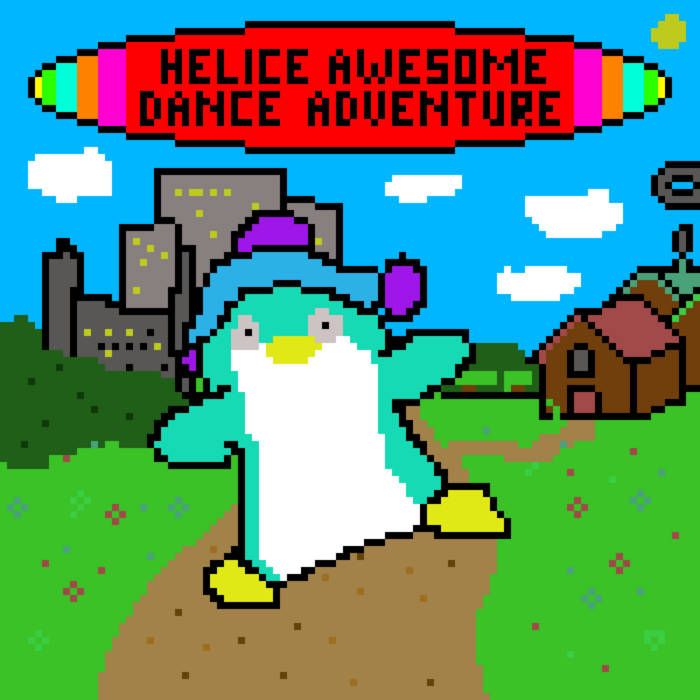 Hello ! Here is a new soundtrack for a videogame that doesn't exist.
Here is the pitch, if you want to use it for a game, go for it, don't hesitate to contact me thou :

Hélice goes dancing with her friends, work is over for today !
Sadly, a new threat comes to destroy the anarchist utopia where Hélice and her friends live.
A message arrived from far after the end of the region and it tells that sellers are coming to the town.
Those bad sellers, seeing the true utopia they have created, workers, farmers, craftspeople, in peace and without money, those bad sellers decide to cast a spell to paralyse all the people in the town. So when they'll wake up after weeks of paralysis, all the harvest, all the food, will be rotten and lost, and they won't be able to refuse to deal with the capitalist sellers.
When they cast the spell, a ball of oily matter appear and try to reach every person of the town. Hélice dodges it by dancing but she is the only one who's not paralysed.
To save the town, the harvest and her friends, Hélice needs to find a counterspell.
Legend says there a dance so groovy, so intense, so cool, nobody, even in a paralysis spell, can resist to dance too.

So she goes to the Dance Floor land, a journey that leads to the ruins where she can find the tablet where are written the dance moves.
She travels the two first roads and need to resist against the sellers with their huge machine that shoot lasers. Hélice moves and dodge the machine until the machine is out of power.
She arrives at Dropda Basstion city and needs to prove her talent to go to Road 4, a really dangerous place.
She proves to be tough enough and goes to Road 4. But she is embushed by a bunch of penguin eater. She escapes but falls into the Cliff of loneliness.
She wakes up and fortunately finds she has been rescued by another penguin called Rosa. She lived a while ago in the anarchist city but decided to see the world. When she learns from Hélice that the town is paralysed, she goes with her to save them. They will learn to dance together and be powerful to dodge and contest people to dance challenge.
They eventually arrive to Pop City, the last place before the ruins. After a brief moment of calm, they go to the ruins, learn the moves and are tested by the spirit of the person who have invented the dance.
After achieving the test, Rosa and Hélice go back to the town.
They find the sellers. One of the penguin fight the sellers machine, the other one tries to break the spell with the legendary dance.
They manage to win their fight but the sellers machine and the paralysis spell fuse to make a terrible enemy.
Fortunately, all the town wakes up and begins to dance and mess with the enemy.
The fused enemy, without a good sense of cooperation in theirself, begins to unfuse and loses their power.
The enemy is defeated and the town, by kicking out the capitalist dudes, is at peace, again.

All the sounds are made with Earthbound soundfonts, BitBox vst, MT Powerdrumkit and Drum Pro 64 free vst.

Public Domain and Free music, available for free on mp3 format on my website if you don't have money.
Feel free to contact me.

Do what you want with it, I'm not your boss.
One condition : Don't be oppressive.